IWD2017: be bold to tackle the stigma of abortion 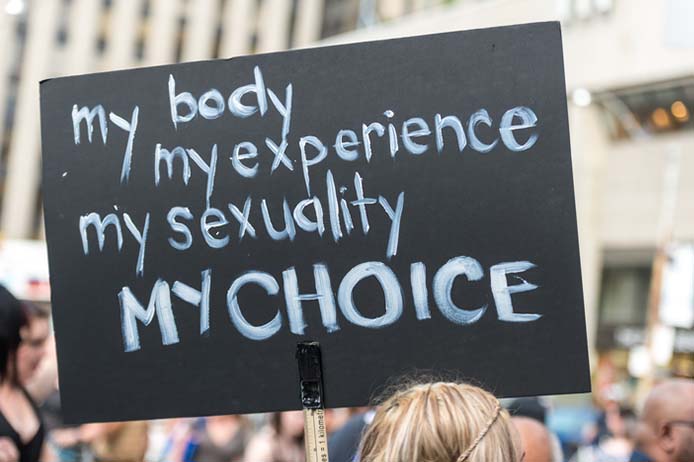 More than a century ago, 15,000 women marched through New York City demanding better pay, working conditions and equality. Fast forward to 2017, and the roots of disruption that started the International Women’s Day movement are very much alive and kicking. Not just in New York, but right across the globe.

Donald Trump’s presidency has been a lightning rod for civil action, particularly when it comes to women’s rights. President Trump’s signing of the global gag order surrounded by men in suits infuriated the world, particularly women. And rightly so. The order will jeopardise the lives of millions of women, men and children, limiting their access to sexual reproductive services including access to safe abortions and male and female contraception.

We should be concerned about the impact of the global gag order. But this is not exclusively an issue that applies to ‘others’. Access to safe abortions and the stigma attached to them is very much a live issue here in Australia.

Abortion is subject to varying criminal laws depending on the State or Territory and is still considered a crime in Queensland and New South Wales. We have different laws that can penalise a woman based on where she lives. A woman in Queensland does not have the same ability to safely and legally access an abortion as a woman in Victoria.

Referral services for abortions also differ throughout the country. Many women, particularly those in regional and rural areas, are unable to access abortion services and must travel to metropolitan areas, which often cost a great amount of money and time.

Equally, access to and information about contraception options is patchy across the country. We need to have a much more uniform approach to contraception education and access to help both men and women have greater control over their sexual and reproductive health.

Most disturbingly, we still have many women (and men) harassed as they enter clinics. While all Australians have the right to protest peacefully, they do not have the right to harasses and vilify a woman who is taking care of her health.

There are an estimated 200,000 unplanned pregnancies in Australia and one-in-three Australian women are likely to have an abortion in their lifetime. We believe that every woman, no matter where she lives in this country, should be treated with dignity, respect and have the right to take control of her sexual and reproductive health. As we celebrate International Women’s Day and pay homage to the women who have fought for our rights, we owe it to future generations of women to address the stigma of abortion. The theme of this year’s International Women’s Day is Be Bold For Change and that is exactly what we must be. Bold in legislative change, decriminalising abortion, improving access to contraception and protection for women accessing clinics.